I discovered The Crying Spell when I was about 13 or 14 via my obsession with My Little Pony remixes. Back in my early teens, I listened to all the greats - Wooden Toaster, The Living Tombstone, H8_Seed, Aviators, Silva Hound, Assertive Fluttershy, etc. I was probably listening to Aviators' Rainbow Factory remix when I stumbled upon it. He did a couple remixes, one for Never Before, and one for Elemental.

And when I first listened to these songs, I really liked them. Hell, I even remember checking out TCS' official channel back then and watching the lyric video for Never Before. And while I listened to the Aviators' remixes on and off for the years following, I never really cared too deeply about the band itself...? God, that sounds so mean... XD

For once, I had a casual interest! A casual interest that slowly fizzled into nothing as I completely forgot what the damn titles of the songs were... Then I forgot about Aviators... and My Little Pony... <:/ My interests had completely changed, ya see. I was more into spooky horror games, and shitty sci-fi movies (*coughcough* Stars Wars *cough*). Well that, and my life at home was starting to become almost unbearable. ^^; But we don't talk about those days, capiche?

Might I add, trying to find THTH's old album art is a bitch to find. Here's a tiny pic.

ANYWAY! Cut to February of 2021. I was about to take a bath, like moments away from stepping in, when the cover art to the Never Before remix popped into my brain. I put my bath on hold as I desperately tried to remember what this album art was in relation to. That's when I remembered it was a Aviators remix! And then I had one hell of a time scrolling through his upload list... but hey, I found the darn thing! That's when things got bad. And by bad, I mean I get completely and utterly obsessed with this terribly unpopular band of goofballs from Seattle.

As I was making my way through their discography, which on YouTube comprises of 2-ish albums, I noticed that I couldn't really find the lyrics to a lot of their songs. Or rather any of them besides Never Before and Elemental. This sparked my interest in transcribing lyrics, as I went hogwild, and spent countless hours trying desperately to piece together Len Hotrum's vocals. I love the dude, he's so awesome and cool, but god is he hard to understand.

Did you know he's an addict? It's not like he shouted it seven times or anything. Anyway, it was around this time when I got so desperate to get these lyrics that I messaged their Facebook page. Yes, their Facebook page which had been dead since about... 2018. Things were looking bleak. However, not long after I sent the page a message, I got a reply! From a dude I didn't recognize named Kevin! One glance through of my copy of Spectrums of Light confirmed that this dude was their synth dude. :) And he gave me his Instagram handle.

Well, it took a good few months for any of us to decipher Len's vocals (cuz someone didn't have them written down, apparently), but in the meantime, Kevin introduced me to their new band: Nouveau Arcade. I fell in love immediately, of course. Granted, it was vastly different than any Crying Spell song, more like your run-of-the-mill synthwavey-type stuff, but hey! They sounded really good! And my favorite artists were still making music together! That's so cool!! And then my best friend Archi introduced Kevin to FiXT, and they eventually got onto the label. Oh, and we became friends with Kevin. He's really nice! 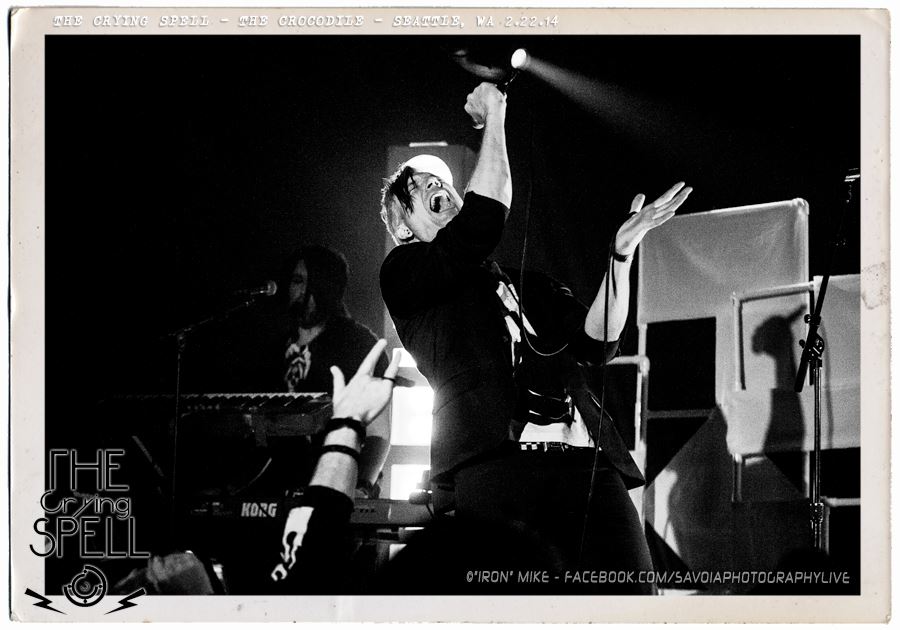