As funny as it may seem, this shrine isn't about ohGr as a band. Honestly, I don't really care about the dudes behind ohGr. Don't get me wrong! I respect them as artists, and I love their sound, but this page isn't really for them, y'know? This shrine is for the albums themselves, whether I grasp the meaning of them or not. Or if that even matters. Which it doesn't, in my opinion. You don't need to understand the meanings of songs in order to enjoy them.

Anyway, I first discovered ohGr when I was about 17 years old. I went to a kin blog (how cringe, I know) and requested a playlist that was... roboty. Robotic? Whatever. Amongst the playlist was a lot of what you'd expect, chiptune, Daft Punk, all that good stuff. However, on that list was a little track by the name of pore. 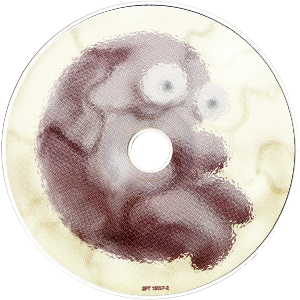 And... nothing happened after that. I wasn't too thrilled about the song at the time, really. It was too much for me. :/ So y'know, I left that playlist alone for a few years. Three, to be almost exact-ish. Moved on in life - got new interests, new friends, new everything pretty much. I rediscovered that song while I was trying to find new artists to listen to. During this time, I'd gotten into Klayton's stuff, The Crying Spell, all that. But y'know, I was getting a bit bored of listening to the same few albums. So, I went searching through my old saved playlists, as met with weLt's striking album cover, thought "hey that looks interesting", and went down memory lane. :P

And boy, did I discover the album just in time. During all of 2021, my mother had been struggling with a bunch of medical problems. Ones I would prefer not to discuss here, naturally. Long story short, it was so bad that it required basically weekly, if not twice or more a week, trips to the emergency room. And with that, her being gone for extended periods of time. This was especially difficult as I had to take care of my late cat, Carl. That wouldn't've been so bad, but he was a senior cat with diabetes. That required me to feed him every three hours, get him his shots, etc. I hardly slept while my mother was at the hospital for this reason, coupled with worrying over her.

So, you're probably wondering where ohGr comes in. Well, I'm an only child. Besides my mother and my cat, nobody else lives with us. My uncle visits from time to time, but still... And as you can imagine, when you live with people, you get used to a certain level of noise. And when that noise is taken away, things get really uncomfortable really fast. And so, I had my bluetooth speaker playing music basically constantly. And my albums of choice? weLt and SunnyPsyOp. Those two albums were basically the only things keeping me sane while I was, like, constantly seconds away from an anxiety attack or whatever.

NOW THEN! Since ohGr is an awesome band with great tunes (minus Devil in my Details... didn't like that one tbh), I'm sure you can imagine I have more than one favorite song from them. Below is a list of some of those favorites. If I were to include all of them, I'd just have their discography listed.

Most of the graphics shown here came from this webpage here: angelfire.com/freak/sick/ The rest have come from Discogs.